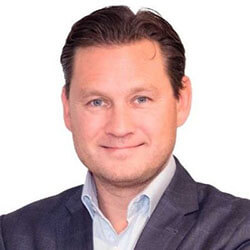 The LeoVegas group chief executive Gustaf Hagman has revealed that the company’s acquisition of a 51% stake in Pixel Holding Group is set to provide them with an insight into the growing eSports sector.

An announcement from LeoVentures, which is owned and operated by LeoVegas, revealed that the investment amount came to £1.5 million. Pixel Holdings Group runs Pixel.bet, which specialises in eSports betting, is currently focussed on the Swedish and Nordics markets, though there are plans to expand to more markets across the globe.

LeoVegas stated that the deal will be completed by the end of the third quarter, but they don’t expect the acquisition will have “any significant effect” on their financial position or earnings, at least in the initial stages.

Hagman, who also co-founded LeoVegas Mobile Gaming Group, explained that eSports is a fast-growing and international sector that engages millions of players and views every month. Their latest investment into Pixel.bet will allow the group to gain insight into the new segment.

This comes after LeoVegas announced their current growth plans, with more plans to potentially break into the US sports betting market within the next few months. Last month, the operator revealed that BetUK, which they acquired from IPS in a £65 million deal earlier in the year, has started accepting sports bets within the UK market. LeoVegas also has eyes on the Swedish market, and has recently applied for a gaming licence that would allow them to start operations win the country.