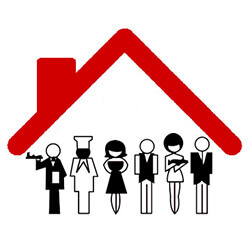 The Las Vegas Culinary Union has offered an ultimatum to casinos, giving them less than 24 hours to respond to demands before a potential strike could bring many casinos to a grinding halt. Right now, projections estimate that $10 million a day could be lost due to the strike, which many experts believe would be devastating to the local economy of the city.

The Culinary Union consists of over 50000 workers, which includes cocktail and food servers, cooks, housekeepers, bartenders, and bellmen, all a core part of what makes the Las Vegas casinos so popular among visitors. The Union has threatened a strike against MGM Resorts and Caesars Entertainment, and an estimated $10 million could be lost jointly per day for the two companies.

Ken Liu, a Union analyst, predicts that if a 30-day strike were to start, MGM could lose revenue up to $200 million, and $115 million for Caesars.

Union leaders have admitted that they ultimately would prefer to avoid a strike if possible, and said that it would be a last resort. It’s come at a busy time for the city, where the state’s Golden Knights are currently playing in the NHL Stanley Cup Final in their debut year. This is alongside the JCK Las Vegas jewellery trade show and InfoComm convention, which are both expected to bring in 79000 visitors.

The strike would not only hurt the casinos, but the workers too, as increased strike time means a loss of revenue for those in the culinary industry.