KamaGames’ Pokerist App Gets An Upgrade 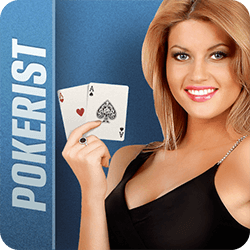 KamaGames has recently rolled out new updates to their Pokerist App. This is the flagship offering from the social casino operator and it’s just had a big overhaul with a host of new features and games on display. There’s still no real-money betting allowed on the app, but the developers have found a way to offer the same thrill.

The main update is in the form of a social sports betting option. They have also included numerous eSports games on the app. According to a statement from Andrey Kuznetsov, CEO for KamaGames, these additions were inspired by the massive impact that sports betting has had on the gaming industry in recent years. The company feels that there is a big overlap between the two areas of sports betting and e Sports, and they hope to capitalise on this with their recent app updates.

The new social sports betting feature on the Pokerist App allows players to use their poker chips that have already been loaded or won on the app to bet on live sporting events happening around the world.

As a way to boost their sporting offering on the Pokerist App, KamaGames has also included numerous eSports titles on the platform. These include Overwatch, Dota 2, Counter Strike, StarCraft and League of Legends. It’s an area that CEO Andrey Kuznetsov has said that the company hopes to expand on in the future as it has seen a massive uptake in players all over the world, and KamaGames would like to offer this area of entertainment to their players.