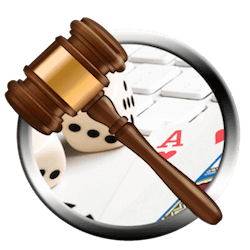 Casino gambling was only legalized in Japan last year and now developers are scrambling for gaming licenses. Before the landmark ruling, betting operations were mostly run by Yakuza members or through legal loopholes.

One of the biggest licenses to be found on the island nation is for the Hokkaido region, a famous tourism spot. Kamori Kanko is the favoured developer to take one of the two casino licenses the state will be granting. They have already signed a new deal with Niseko Alpine Developments to start development and expansion plans at the Rusutsu Resort.

They will be redeveloping an existing structure, which can serve multiple purposes for the developer. The initial phase will include a golf course, a theme park along with a world-class casino. Meanwhile the government has also announced that they will be moving the vote on a gambling addiction bill until next year. The bill titled The Basic Bill on Gambling Addiction Countermeasures will be voted on when the budget talks have been concluded in 2018.

While the Japan Innovation Party wanted to push the bill through before the government breaks up on the 9th of December, the ruling Komeito Party postponed the bill until next year so that more views and opinions can be considered to make an informed decision on a very important bill.

A Knock On Effect

In contrast to the plans of Kamori Kanko, the government stated that they will not be passing the Integrated Resorts Implementation bill, which grants resort casino licenses, until the Responsible Gambling bill is passed. It hasn’t seemed to curtail Kamori Kanko’s development plans however.

Their Initial phase may simply skip the casino portion if they wish to have more surety from the government. Any delays caused at the moment could have big impacts for future developments plans. Many experts believe that legal casinos will most likely only start opening their doors in 2023.

Analysts estimate that the Japanese gambling industry could be worth as much as $20 billion a year.  There are many pachinko parlours around Japan but western style gaming casinos are much more uncommon.

The passing of the new gaming laws in Japan could open up a huge market for developers. It should be expected however that Japan will rigidly enforce any gambling laws. The island has always remained firm in its resolve to do things in an authentic Japanese way rather than simply adopting western models of governance or regulation.