Island of Hainan Could Become a Gambler’s Paradise 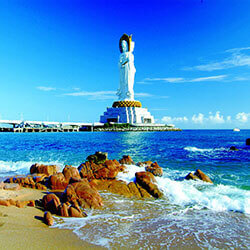 The island of Hainan, which is under the governance of China, has recently announced that due to a court ruling, many of the local resorts would be allowed to open “entertainment bars.” The report states that these entertainment bars are very similar to casinos in many years, with many offering the same games typically found in the average casino.

Despite their similarities to casinos, the entertainment bars are not classified technically as casinos, because any winnings that a player makes will be handed out in the form of credits. These credits can then only be used within that resort, which includes hotels, shops, entertainment facilities, and restaurants.

This isn’t the first instance of a type of gambling on the island, with the Sanya Bay Mangrove Resort Hotel attempting something similar five years ago. They were forced to close their gambling operations due to the strict Chinese anti-gambling laws.

Entertainment bars, however, are not subject to the same laws, the Hainan court believes. This is due to the fact that there is no real money being won by the players. Many resorts in Hainan began working on their own entertainment bars after the court ruling was released publicly, with many having blueprints for the bars already at hand.

Macau is currently the only region within China that is legally allowed to operate casinos, but many believe that the central Chinese government will start to allow entertainment bars to become more widespread throughout the country.