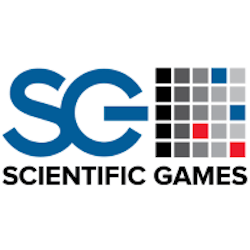 A rival is defined as a person or thing competing with another person or thing for the same outcome/objective or for superiority in the same field of activity.  Gaming technology giants International Game Technology (better known as IGT) and Scientific Games Corporation are rivals – in every sense of the word.  Respectively the holders of two of the major slot game feature patent portfolios in North America, IGT and Scientific Games Corporation are constantly in competition with one another – each relentlessly trying to outwit, outsmart and out-game the other.

Which is why Tuesday’s announcement that a patent cross-licensing agreement had been signed between the two parties wasn’t one that anybody would have predicted.  The agreement will effectively allow – and even incentivise – IGT and Scientific Games Corporation to offer games using patented game features from each other’s digital folders.  Quite an unprecedented move among rivals, especially in the competitive field of Information Technology and Gaming.

The announcement was made by way of a brief release by IGT – not including any details regarding the financial arrangements, division of profits or the exact extent of the agreement.

Not A First As Far As Shared Patents Go

Despite the surprising move to make use of a shared patent system, by the likes of IGT and Scientific Games Corporation, an agreement of this nature is not the first of its kind in this particular field of expertise.  Similar handshakes have been made available by IGT – with parallel deals having been struck with Aristocrat Leisure Ltd and gaming hardware manufacturer Everi Games Holdings.

Diversifying An Attempt To Enlarge Territory?

Many in the industry are speculating that IGT is in fact looking to extensively enlarge its territory in the gaming industry in order to survive.  The company last month reported a mortifying loss on its Q2 financial report card – blaming the mind-blowing $290m in the deep red on foreign exchange losses.

Whether or not this is even possible, let alone plausible, is anyone’s guess.  IGT’s Q2 revenue plummeted even further as result of the gaming giant having sold off one of its most profitable divisions, DoubleDown Interactive, primarily a social gaming division.

Social gaming is widely considered to be the portal to the future – a place where humanity’s need for connection meets gaming and technology.

It is obvious that for now we understand only in part and can only guess at what the next couple of years will reveal for the gaming giant.