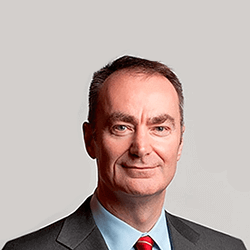 Ian Penrose, former chief executive at Sportech, has reportedly been lined up to take over a position as chairman at online operator giant, Playtech. Penrose’s move to a non-executive director position was made after the company issued a profit warning during the course of July.

At the moment, Penrose is viewed by Playtech as a long-term replacement for current chairman Alan Jackson. During an investor vote in May, 35.2% of investors decided against re-electing Jackson, who has been in the position since 2013.

Along with his time spent working at Sportech, Penrose has earned a name for himself in the industry for leading racecourse operator Arena Leisure. He is also currently listed a chairman at England’s National Football Museum, which is based in Manchester.

It has been reported that his move to the new role could be confirmed during Playtech’s announcement of their financial results for the first half of 2018. Some early predictions estimate that their total earnings for the year will be 21% lower than originally expected.

The operator currently has its sight set on the U.S. sports betting market, which has boomed since the Supreme Court’s rulings on PASPA, which was made earlier in the year. Many believe that the price war in Asia is the primary reason for Playtech’s drop in revenue, which is why the operator has decided to look elsewhere.

As of yet, Playtech has not released an official announcement on either Penrose or their future expansion plans.