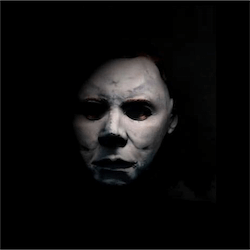 Microgaming have released a sure fire hit pokie for this October. The developer announced that they have secured the license to produce a pokie based on the classic 1978 horror film, Halloween. Following the bloody adventures of the serial killer Michael Meyers, Halloween was a genre defining film that inspired a plethora of modern filmmakers.

Microgaming has quite a monumental task on their hands to do such an iconic film justice and from what has been revealed so far, they just may have succeeded. The main factor that most fans of the film will be on the lookout for is that amazing electronic score created by John Carpenter. It immediately evokes the fear and anxiety that the film wants to instil in its audience. Fortunately that theme song is included in the game.

The pokie also features all the lead characters from the film in great quality. They make up the high value icons on the reels and in the bonus games.

Halloween is a 50 payline pokie with the special Wandering Reels feature where a frame moves across the reels adding bonus affects and big wins to your spins. The pokie also includes multiple film clips and sound bites from the original movie adding a great atmosphere to the proceedings.

David Reynolds, games publisher at Microgaming stated that the studio staff where the pokie was created are all big horror fans and Halloween is their favourite.

This played a big role in creating an authentic experience that does justice to the film and to the dedicated fans. He went on to praise the sense of storytelling that the team has managed to accomplish with great use of film clips.

When it comes to bonus games, Halloween is set to be a packed experience. The main bonus feature is the Trick or Treat bonus wheel. This feature leads into the Bogeyman Bonus or the Free Spin bonus.

The Bogeyman Bonus feature is a Pick-me bonus game that will require players to successfully explore Michael Meyer’s house. You can uncover cash prizes or win multipliers, or you can uncover Meyers himself which will instantly end your bonus game.

If the Trick or Treat wheel lands on any of the movie characters, you will be taken to the Free Spins bonus game where you will have 9 spins to play with. The reel symbols will all be replaced by characters from the movie, which have higher values than the standard symbols. Halloween looks like a great pokie for Microgaming that will appeal to both fans of the film and fans of good pokies.