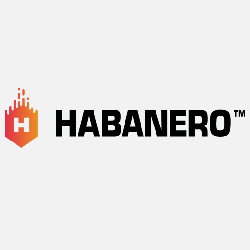 Online casino game developer Habanero has managed to further increase their reach across Europe. In particular; Croatia. The company has officially signed a content supply deal with a Croatian operator, which means that they are now more present in the region than ever before. This is good news for the developer, but equally for Croatian pokies enthusiasts, who will now have access to a fresh supply of top-class online casino content.

A closer look at the details of the deal reveal some specifics. Habanero will be providing their full range of content to the operator, including their extensive range of pokies and digital table games. Some of the titles to be provided include classics such as Hot Hot Fruit, Wild Trucks, and Lucky Lucky.

Keen observers will know that this isn’t the first big step Habanero has taken in Europe. Just recently the developers made equally big strides in Italy, where multiple deals were finalised. A partnership was first secured with Game Account Network, which was an enormous achievement in itself. But this milestone was quickly followed by another; a contract with Italian operator SISAL. All in all, it has been thoroughly demonstrated that the company has what it takes to go the whole 9 yards.

A spokesman from Habanero commented on the massive achievements, declaring that it was the extremely diverse range of products offered that was proving to be a hit in the region.

This certainly seems to be the case, painting a bright future for the company, and its prospects in the biggest iGaming markets in the world.