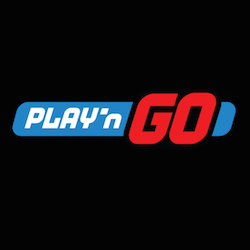 Play n Go have been quite prolific the last few weeks, releasing two new Asian themed pokies. While the two games, Big Win Cat and Fu Er Dai are both available for desktop and mobile play, it seems that with their streamlined design and quick play mechanics, they are more suited for mobile play.

Both titles feature fantastic graphics that are colourful, sharp and well animated. Both games contain instantly recognizable Asian designs and iconography but Play n Go have managed to make them look unique and distinct from the competition.

The name Fu Er Dai is a Chinese pejorative term that refers to the young, rich and hip youth of China. With 5 reels and 10 paylines, Fu Er Dai is more intricate than other mobile pokies, but you could have sensed that form the beautiful graphical representation. The standard reel symbols can award players with an up to 150x your staked wager jackpot.

The main draw however is the expanding wild symbol, which is a bare, backed Chinese woman with an intricate dragon tattoo. Some have speculated that this is a tribute to Swedish writer Stieg Larson. Play n Go are a Swedish company and Larsson gained international fame with his book, The Girl with the Dragon Tattoo. The reel symbols, in keeping with the theme, feature young and upwardly mobile teenagers, smartphones, gold watches and other signs of wealth. Contrary to many other Asian themed slots, Fu Er Dai makes use of a more modern soundtrack that still keeps its roots in Asian traditions.

Big Features In A Small Package

Big Win Cat by contrast has a much more compact 3 reel design with 5 paylines. It retains a very similar look to Fu Er Dai with instantly recognisable yet still unique design elements that makes the game just look classy and well designed.

Here you get two unique bonus features, namely a re-spin round and a wheel of fortune style bonus game that adds multipliers to your wins. The reel symbols have a much more cartoony feel to them with cute animals dominating the symbols. The soundtrack is much more traditional than Fu Er Dai.

The Big Win Cat mascot is a cat statue called a Maneki-Neko which is seen in both Japan and China as a symbol of good luck and prosperity. With a 96.12% RTP and an 80-0x your wager jackpot, Big Win Cat can certainly live up to that.