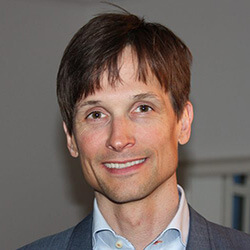 Global Gaming has announced the hiring of Niklas Jonsson as the new CFO to succeed Christoffer Tell. Tell stepped down from his position at his own request, making the announcement earlier this year. Jonsson will be taking over the new position from the 1st of January next year, while Tell will stay on in an advisory role to management until the end of February 2019.

Jonsson has extensive knowledge within the industry, having previously helped with the growth of his former companies in the iGaming industry. He originally worked as CFO for Evolution Gaming Malta, and has a background as an Authorised Public Accountant with PWC.

Talking about his transition to Global Gaming, Jonsson said that it’s inspiring to be part of the operator’s continuing journey having come from the supplier side of the injury. He added that he wants to continue his own personal development as he works for the operator.

Christoffer Tell commended that the past three years for the operator have been fantastic, and their listing on the Nasdaq First North was a big milestone, and part of the growth that the operator has been enjoying. He explained that Global Gaming achieved an annualised revenue of SEK 1 Billion, and that they’ve managed to build a large company in a relatively short amount of time.

Global Gaming also announced their latest interim results, which show that revenue has increased by 93% in this quarter to a total amount of SEK 253.1 million.