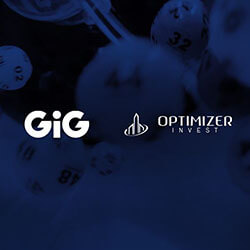 Software developer and provider Gaming Innovation Group has announced that it intends to expand its service offering into the international lottery market for the first time ever after confirming an agreement for a long-term partnership with lotto betting start-up MegaLotto.

The deal will see GIG and MegaLotto work together to begin offering odds on international lottery draws in multiple markets. This will also extend to a number of select online casino games. The two operators intend on launching their new offerings in the middle of 2019, and as such it will only have a limited impact on earnings for GIG for the financial year. Neither GIG nor MegaLotto have confirmed which markets they intend to launch the services in.

GIG chief commercial officer Ben Clemes told reporters that they are delighted to be adding further growth potential to GIG by entering the lottery vertical with MegaLotto. He added that both companies share the same ambitions of a fair, fun, and innovative user experience.

MegaLotto was first established with funding from Optimizer Invest, which is an investment vehicle focussed on the iGaming sector. Speaking about the new partnership, Optimizer Invest chief executive Petter Moldenius said that it was an important project, and that they are confident GIG is the right partner to allow them to grow into the business and become a big player in the industry. GIG’s latest expansion comes just after CEO Robin Reed said that the company has an increasingly healthy pipeline of opportunities.