Gaming Realms Has Sold The Majority Of Online Casinos 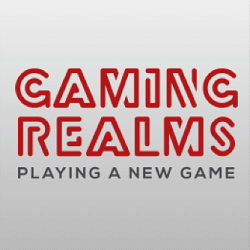 Gaming Realms has recently announced that they intend to sell 70 per cent of its UK-based online casino B2C businesses. The casinos will be sold to River UK Casino, a Norwegian-based firm. The sales price has been revealed to 23.1 million British Pounds.

River UK Casino is a new subsidiary of River iGaming, which has recently been incorporated into the larger firm. Some of the brands that the operator is expected to purchase from Gaming Realms includes Pocket Fruit, their Britain’s Got Talent games, Spin Genie, and their X Factor Games, along with their associated businesses.

The Norwegian operator has also revealed that it has entered into a five-year B2B platform agreement, and that their deal with Gaming Realms will see the latter making at least 1 million Pounds per year in royalty revenue.

The current payment plan has been broken into two factors, the first seeing River UK Casino paying out an immediate 4.2 million, and a second 4.2 million being paid upon the completion of the contract. A further maximum cash payout will be 14.7 million, which will be based on an earn-out bases, and all payments are expected to come to a close by the 31st of August, 2019.

Some of the brands that Gaming Realms will retain include Slingo.com and other associated brands. Patrick Southon, CEO of Gaming Realms has stated that they are delighted over the announcement to the agreement with River iGaming.