The Exciting Mask Of Zorro Pokie 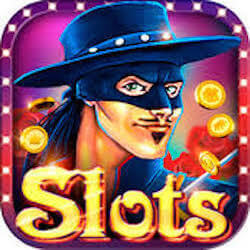 An interesting new release has come out from Playtech this week, the Mask of Zorro. Rather than being an original take on this classic story, this pokie is inspired by the Antonio Bandera and Anthony Hopkins film from 1998. This means that the reel icons are made up of portraits of the actual film actors and the musical score is suitably cinematic.

If you aren’t familiar with Zorro, he is essentially an American Robin Hood. Based on serials that came out in the 1920’s. Zorro is a Spanish nobleman who fights crime and corruption in his town. The action is set in the late 1800’s when California was still under Spanish rule.

What Zorro is most famous for is his calling card. Zorro fights with a rapier and to make sure his enemies remember him he would always slash a Z into their clothes or even their skin. This is retained in this poke with the Mark of Zorro being one of the bonus features present here.

This is a large pokie arranged in a 5×4 grid. There are 40 paylines across these large reels which explains the relatively low 94.99% RTP. Playtech have tried to make up for this with a large maximum wager limit and a very large jackpot. Players can win 400 000 and make wagers of up to 400 per spin.

The free spins feature included by Playtech in the Mask of Zorro is triggered by the purple candle bonus symbol. Three of these scatters must land on reels 1, 3 and 5 for p-layers to be taken to Zorro’s cave. Here you get to crack a whip at candles, the more you extinguish, the better the features you get.

This bonus game is in two parts. The first part determines what features are active during your spins and the second part is you actually taking this spins. You can retrigger more free spins during the bonus round if more scatter icons land in their designated spaces.

Finally there is the randomly triggered Mask of Zorro feature. During the base game you will occasionally see Zorro slash his iconic Z across the reels, turning up to 10 symbols in that Z into wild icons.

While Mask of Zorro breaks no new ground, it still makes all the right moves to be called a great time for a few spins. The graphics look good and it was a great touch to include scenes from the movie in the bonus features.