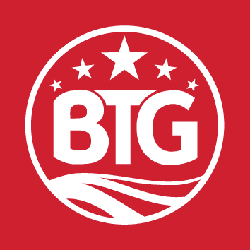 After months of back and forth, Evolution has finally received the regulatory approvals to finalise the deal with Big Time Gaming. The discussion of a potential agreement and the initial agreement had been outlined in April 2021. Expectations were that the deal would conclude by the end of the second quarter, which has since become a reality.

The Stockholm-listed casino supplier, Evolution, had to pay an upfront lump sum of EUR 220 million in addition to EUR 80 million in cash with the remainder being issued in Evolution shares. This transaction has officially been finalised. In April, the transaction amount was estimated to be EUR 450 million.

The sellers of Big Time Gaming are accrued by right to subscribe to these new shares, some of which have subscribed to have their shares offset the EUR 140 million that they would have received. The subscription price equates to €126.72 per share, equal to the average price of Evolution’s shares on Nasdaq reported between 23 March and 7 April 2021.

This deal follows shortly after Evolution’s acquisition of NetEnt in December 2020. NetEnt was the owner of the Megaways gaming mechanic that offers players 117,649 pay-lines.