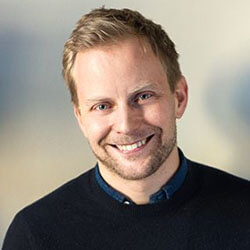 Online slot studio Quickspin, which is owned by Playtech, has recently announced that Erik Gullstrand will be taking on the role of chief product officer.

Gullstrand’s responsibilities will include product planning and development, and will also be tasked with extending the operator’s product portfolio while also creating new promotional tools and aiding their expansions into new markets.

He will be taking over the role that was previously held by Quickspin co-founder Joachim Timmermans, who had announced his leaving from the operator earlier in the month. Gullstrand, who has been working with Quickspin since 2012, has worked in a number of key positions since joining, which includes head of account management, head of development, and vice president of business development. The company has also noted that the new appointment is nod to its dedication to developing talent within its own ranks.

Daniel Lindberg, chief executive of Quickspin has stated that they are delighted to make the announcement concerning the promotion of Erk to leading CPO at the company, adding that he’s an invaluable asset, and that he’s dedicated his time to building the operator into what is has become since they first started out. He lastly stated that they have many plans for 2019, and are confident that Erik is idea for executing those plans.

Speaking of his new role, Gullstrand stated that he’s excited by the new challenge, and that he sees is as a testament to the time he’s dedicated to Quickspin.