Endemol and Pragmatic Play Team Up for Peaky Blinders Pokie 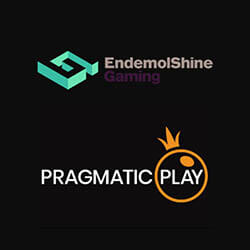 Endemol Shine Group has announced that they will be collaborating with content provider Pragmatic Play to deliver their Peaky Blinders series to online casino players. The five-year deal excludes the UK and the USA and will give the developer the right to create Instant Win Scratch Cards, live casino products, an online pokie, and Virtual Sports content. The first offering is expected in May this year.

Peaky Blinders, available on BBC One and Netflix, has won multiple awards and is presented by Caryn Mandabach Productions and Tiger Aspect Productions, an Endemol Shine Group subsidiary. Five series have been aired so far and it is currently one of the most widely lauded television shows in the world. It won the 2018 BAFTA for Best Drama Series and took Best Drama at the National Television Awards in 2019.

Director of Games and Gambling at Endemol Shine Group Anil Mistry said that his organisation is very excited about the prospect of working with Pragmatic Play to create new entertainment around Peaky Blinders. He called the show one of his company’s most iconic and promising brands and said everyone is looking forward to getting started.

Chief Commercial Officer at Pragmatic Play Melissa Summerfield expressed the same sentiments, saying that titles featuring the Peaky Blinders cast, characters, and plotlines will definitely appeal to her firm’s supporters. She said that she’s confident that products related to this series will be one more successful addition to the organisation’s already excellent portfolio and that she trusts that they will more than meet fans’ expectations.