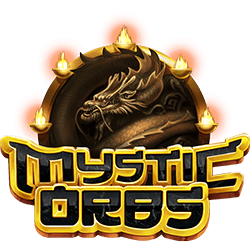 Over the years, fans of online pokies have come to love practically every title released by award-winning iGaming developer ELK Studios. They’re undisputed masters of the fantasy genre, and their latest creation promises to be no exception.

Due for release in January is Mystic Orbs, which will feature their Cluster Pays system. Also up for grabs will be a top Jackpot of up to 10,000x the wager, Wild Orbs, Charged Orbs, Multipliers, a Feature Row, and a special bonus game – all geared towards upping the winning ante for the player.

Allowable wagers will start out from only $0.20 for a spin before increasing to an upper limit of a generous $100. This means Mystic Orbs will be a game enjoyed by casual players and high rollers alike.

The Charged Orb is the Scatter at the center of all the action. Acting as a Wild, it will be accompanied by a feature appearing at the top of its reel on the special Feature Row. Rewards that can be triggered by the bonus symbol include: