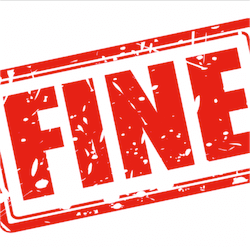 This recent steps could potentially mean more and more operators would second guess entering the Dutch market. In addition to the strict enforcement of their laws, the Dutch parliament also recently approved a 1.1% additional tax hike on online gambling businesses.

The six operators who received cease and desist orders are Holland Casino, Bankgiroloterij, the Dutch State Lottery and Nationale Postcode Loterij. The operators received the letters not for their website content but for content that appeared on three URL’s. The first was Scholieren dot com, which means “students”, donaldduck dot nl and spelletjies dot nl which translates as “games”.

It is easy to see why the Dutch regulator, the Kansespelenautoriteit, issued the letters. Children could easily end up on one of these webpages and view advertising for online gambling. This would directly contravene the Dutch child gambling laws, designed to protect minors from inappropriate advertising. The laws prohibiting child gambling advertising was introduced in 2013 and operators who contravene these laws risk a steep €100,000 penalty from the regulating authority.

Additionally the law also regulates redirecting of online traffic as well as the use of certain symbols on gaming websites. Operators are not allowed to use uniquely Dutch symbolism in their advertisements, which means the use of Tulips, windmills or any other Dutch cultural references is forbidden, which is quite strange criteria. If you are a Dutch based or Dutch facing website you would want to make use of local iconography to help identify your site and draw local players.

With regard to redirecting traffic, sites that use a .nl in their URL are not allowed to redirect Dutch players to .com websites outside the country’s jurisdiction. This is debatably a clever move as it ensures players only stay in their local, well regulated jurisdictions and prevents players sending funds outside of the country.

In recent news the UK had a public outcry over child gambling figures in the country. Regulators have also requested that certain operators amend their advertisement and promotional materials to remove all references that may be seen as enticing to children. These references included things like using animated characters to star in pokies or for the use of children’s story characters in pokie themes. Examples included Peter Pan and Alice in Wonderland themed pokies.