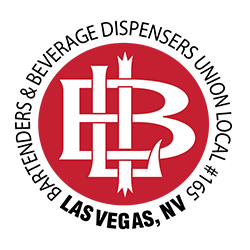 The Las Vegas Culinary Union may have the upper hand as a possible strike in the famous casino city looms on the horizon. Local 226, along with Bartenders Union 166 have voted to authorise a citywide strike if their contractual agreements aren’t met. While there are no plans of a walkout as of yet, the vote has given the unions power to start the strike whenever they wish after the beginning of June if the casinos don’t comply with their demands.

The Culinary Union represents workers from across the entirety of the Las Vegas industry, including caterers, cooks, kitchen personnel, waitstaff, housekeepers, bellmen, and bartenders. The union has stated that it has almost 25000 members that are willing to strike in the upcoming months.

Part of what they are seeking includes an increase to wages, benefits protection, and measures to protect the members from sexual harassment from both high rollers and regular customers. The threat of a strike is bad news for everyone involved. Not only would it most likely cause the entire city to come to a standstill, but most of the casinos would lose incredible amounts of revenue. Some speculate that the strike must be out of sheer necessity, as all the workers that would go on strike would have to give up on pay for as long as the strikes lasted.

Many believe that if strikes do get the go-ahead, many upcoming bookings would be forced to be cancelled.