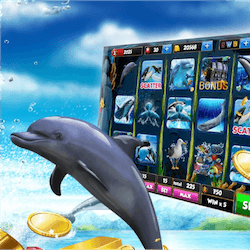 The recent announcement that former gambling addict, Shonica Guy, will be suing both Crown Casino and Resort along with developer Aristocrat had media outlets abuzz. Gambling is a very hot button issue in Australia at the moment.

There has been a massive government push to clamp down hard on casinos. No matter if they are land based or online, as was shown recently. After the amendment of the government sanctioned Gambling Act, online casinos and poker sites were deemed illegal, seeing a mass exodus of gaming operators from the country, leaving the public high and dry.

Shonica Guy has decided to focus her case on a specific title called Dolphin Treasure in an attempt to show the link between the game’s features and the apparent exploitation of the casino and developer of specific problem gambler’s weaknesses.

This is quite a tall order to prove and it was made even more complex during the cross examinations in court where both prosecutors and defendants struggled with defining what exactly constitutes problem gambling. This point of contention has been a main feature of this week’s arguments.

Addiction And The Role Of The Product

Witnesses were called for both sides with Professor Emeritus Ladoceur and Proffessor Lia Nower for Aristocrat and professors Yucei and Deighton for Miss Guy. All four parties did agree that the term addiction when used in gambling addiction is the same as additiction in terms of drug use or other harmful behaviors.

Where they did differ however was between gambling habits and gambling addictions. It was essentially summarized that you first need a gambling habit before it can turn to addiction. The team for Aristocrat raised that regular or exorbitant spending on gambling does not constitute as addictive behavior. Instead diagnosing gambling addiction should be done by a clinician with the help of the 9 points of addiction highlighted by the Diagnostic and Statistical Manual of Mental Disorders.

The case for the features of the Dolphin Treasure pokie triggering addictive behavior though was incredibly flimsy to begin with and Dr Nower for Aristocrat really summed it up.

While the defense argued that the features of a pokie can trigger problem behavior or exacerbate existing behavior, Nower simply stated that in none of the cases of gambling addiction she encountered, treated or studied, did the sufferers ever mention the features of a particular machine as part of their experience of addiction.