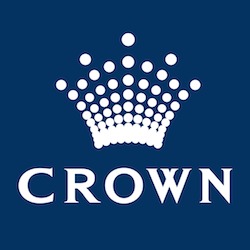 The largest land based casino in Australia, Crown is currently facing very serious allegations of pokie machine tampering, rampant drug use on the premises and ignoring cases of domestic violence perpetrated on their site.

Three ex Crown employees made the allegations that have been tabled in parliament. Crown Group has rejected these allegations while MP’s have been up in arms. Australia has had a serious crack down on gambling in the last few years and these fresh allegations are only pouring salt in the wounds of the industry.

Crown Casino has already faced charges of mismanagement a few years ago that lead to an entire overhaul of their high level staff.

The former employees claimed that they were instructed to tamper with the physical pokies in the casino in order to remove betting options so that the machines were more biased against the player.

They also alleged that they were made to take steps that would avoid reporting certain transactions to the authorities. For example they were told to use different player ID cards when they were processing casino transactions that were over A$10 000.

Justice Minister Michael Keenan said that the anti-money laundering regulator, Austrac would investigate the allegations while the claims of drug use and domestic violence along with pokies tampering would be investigated by the Victorian Commission for Gambling and Liquor Regulation.

The allegations were presented to parliament in a 30-minute video by independent MP Andrew Willkie. The video contained the three former employees making their statements with their voices and faces masked to protect their identity.

Another Nail In The Coffin

This court case comes weeks after Crown started defending themselves in another court case. A former gambling addict has sued Crown Casino and one of their developers, Aristocrat. She alleges that Crown and Aristocrat colluded to create purposefully addictive pokie machines to ensnare gamblers. So far the allegations have been troubling to prove in court as the former gambling addicted chose to single out the Dolphin Dream pokie as a specific example of this collusion.

It has been a difficult time for Crown. It is tough to feel sorry for the land based casino however as they have a virtual monopoly on gambling in Australia. They have previously faced issues with their management and these new charges sound like more of the same.

If Crown takes such a commanding role in the local gambling industry, they must be more responsible and more vigilant in order to protect their customers, although it is quite shocking that at land based casino, the customers need to be protected from the casinos themselves.