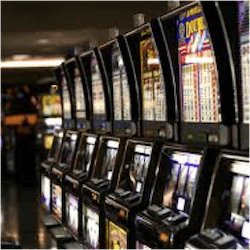 Following a string of allegations against the Crown Casino group, the Victoria Greens party has called for the suspension of a new poker machine bill. While not directly related, the current gambling climate in Australia makes it very likely that the Greens could actually succeed with their motion.

Andrew Willkie, MP, tabled the allegations against Crown in a parliamentary meeting, using his parliamentary privilege. He showed filmed interviews with former employees making allegations ranging from poker machine tampering to ignoring domestic violence and drug abuse on the premises of Crown Resorts.

The Victorian Commission for Gaming and Liquor Regulation has been charged with investigating these allegations but many MPS have berated the entity for not acting sooner. They say the role of the Commission is to proactively regulate operators. Some MPs, like Gaming Minister Marlene Kiarouz pointed out that the poker machine bill and the Crown Casino investigation are wholly unrelated.

The new bill has been introduced as the current poker machine licenses are set to expire in 2022. The new bill will amend that piece of legislation and set the tone for the next 20 years of gaming. The bill sets the maximum wager amount, accepted legal gaming venues for the machines, operating hours of the machines and more.

Opponents to the bill are calling for amendments to pretty much all aspects of the bill. They want to lower the maximum wager amount to $1 as opposed to the current $5 limit. They also wish to ban cashless gambling which they say leads to people overspending on pokies very easily. They have also demanded more limited operating hours along with a $200 per day withdrawal limit.

Kairouz stated that the bill would address and fix a number of concerns that the state and public have over poker machine terminals in the country. The bill will implement reasonable measures to help control problem gambling, advertising standards and more.

It is undeniable that the Australian gaming industry is one of the most tightly regulated markets in the world. The state still enjoys a healthy revenue stream from legal gambling activities and as such a move to entirely ban poker machines will have a serious knock on effect to state coffers.

At the moment, opponents to gambling in Australia, like the Greens, are stubbornly attacking the industry without reasonable intent. For now the bill is still set to be tabled but as the current legislation will only expire in 2022, there is still time. Right now the most pressing is the Crown Casino investigation that may have massive implications for an industry that has seen much reform in the last few years.