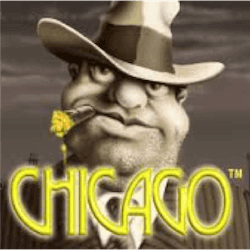 Take A Stroll Down Chicago Streets

Slot developer Playtech comes off a successful 2017. They saw their stock values rise, purchased a stake in Ladbrokes, saw their founder invest in a massive clean energy project and signed a variety of great content deals. Now they bring you the mob inspired pokie Chicago Streets. While it faces rival titles like Mafia, The Slot Father 2, Jack Hammer 2 and others, it still manages to just hold its own in the new year.

Putting you in the dirty streets of the Chicago mob world, players can unlock free spins and bonus games in this pokie. With 25 paylines and 5×3 reel layout the pokie follows the basics of slot design but what is eye catching here is the great aesthetic and attractive simplicity of this slot. The reel icons look great and the soundtrack creates just the right atmosphere.

Playtech are in no way beginners in the art of creating pokies so we should not really expect any less. The Return to Player rate is at a healthy 96.21% and there is a very high maximum wager value of up to 500 on offer.

The standard reel icons feature golden playing card symbols that range between an A and a 9. There are also 3 character symbols that represent the big mob boss, his dame and his right hand man armed with a Tommy gun. The mob boss offers the largest standard payout here with 1000 coins offered if you can match 5 mobsters in a row.

It would have been nice to see some more characters here or an extra bonus feature or two but overall Chicago Streets is still a fun and exciting experience. Don’t be put off by the relatively low jackpot prizes available, the above 96% RTP helps you rack up a few solid wins during extended play.

The free spins game is activated by the Bonus Box scatter symbols. These icons only appear on the 1st, 3rd and 5th reels and you will need 3 to kick off up to 16 free spins. Chicago Streets also includes a wild icon represented by a police car.

During the free spins feature, any wild symbols that land on the 2nd, 3rd and 4th reels will become sticky and lock in place. Players can also potentially fill up reel number 5 with wilds during the extended free spin feature.