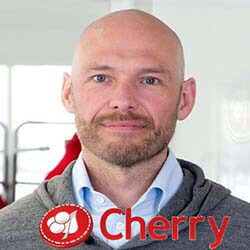 CEO and President of Cherry, Anders Holmgren, will be ending his employment at the company, as the Board of Directors decided, as a whole, to terminate his contract with the group. The process of finding a new CEO has already started, and for the time being, Board member and chairman of the Audit Committee Gunnar Lind will be acting as CEO until a new one has been found.

According to the chairman of the Board, Morten Klein, Holmgren is lo longer performing his duties, and is facing serious accusation of insider trading. The Stockholm District Court has since detained him due to the accusations. An investigation lead by the Swedish Economic Crime Authority has been started, and they were the group that requested that Holmgren be detained by the court.

The Nordic gaming company saw a financial report released in the third quarter that showed a negative trend in profits, which was thought to be because of integration difficulties. Then, in the first quarter of April this year, Cherry began to show incredible profit margin growths as well as forecasts, beating expectations set by analysts.

It didn’t take long for suspicion to start to grow in the company after figures rose by 26%, hitting a high of $76.55 million in less than three months. Investigators when discovered that the CEO has bought a number of shares some weeks before the Q1 reports were revealed, and that he helped manipulate the numbers for the company’s financials.