Cherry Has No IPO Plans For Immediate Future 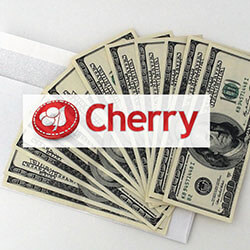 Online operator Cherry has explained that the likelihood of a new IPO for their Yggdrasil game development division is low, which comes after the Swedish firm’s gaming brand, ComeOn, had driven group revenue up by 58% to total of SEK899 million during the third quarter.

Organic growth across the group has also improved by 46%, which has added in the generation of quarterly earnings before deductions and interest of SEK258 million, which is a culminated improvement of 130%.

Yggdrasil, who recently signed a new agreement with both Paf and Veikkaus of Finland, have also expanded further with partnerships between Svenska Spel and ATG of Sweden. The firm has posted a 62% rise in their operating revenue to SEK71.5 million, as well as a 26% increase in earnings before tax.

ComeOn, which had previously applied for eight Swedish gaming licences earlier this year in September, had been responsible for 81% of the entire group’s sales, and posted a 63% rise in their Q3 revenue report, which rose from SEK448 million to SEK 732 million. The mobile portion of ComeOne’s net game’s wins improved from 58% to 70%, with their casino games generating a total of 83% of the brand’s revenues for the quarter.

This comes after Cherry seized control of affiliate operator Game lounge, which had registered a 54% increase to revenue from the third quarter from SEK45 million to SEK69 million, which came alongside their acquiring of a majority stake in Highlight Games in August.