Celebration At United States Casinos Thanks To New Records 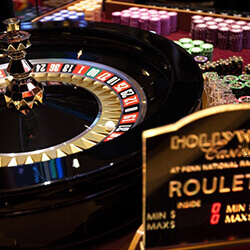 There has been a growing trend lately among North American casinos that sees them bringing in more profits than ever before. The record-breaking highs have been seen in states across the country, with Pennsylvania being the latest to set new profit margins, with a reported $300 million in gross gaming revenue.

It’s a first for the state, and the numbers released by the Pennsylvania Gaming Control Board show that their total revenue has increased dramatically over the last few months.

Parx Casino was the highest grossing of all the state’s gambling venues, reportedly brining in with $54.6 million in total revenue. It’s a ten per cent increase compared to the same months of just one year ago. Next on the list is Sand Bethlehem, which came in second with an equally impressive $46.3 million, although this was a much smaller annual increase of just 3.3 per cent in total.

Rivers casino comes in third, and while their revenue didn’t quite hit quite as high as Parx, with just $33.5 million, their overall percentage growth over last year is the most pronounced, sitting at 11.1 per cent.

Despite being one of the colder months of the year in Pennsylvania, March often tends to warm up during the day, meaning that players were more likely to leave their houses and head to the nearest casino.

New laws in the state aim to bring a wider gaming scene on to the market, which could have a large impact on the revenue that traditional casinos are currently seeing, although what the future holds for gaming in Pennsylvania remains to be seen.