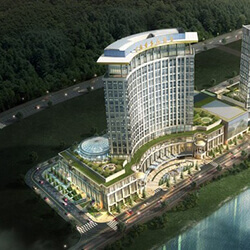 One of the biggest casino operators in the world, Caesars, revealed plans to open its first Asian-based venue, and expect the project to be completed in 2021, according to senior vice president and managing director of Caesars Korea and Japan, William Chen.

Shen told reporters at the G2E Asia conference in Macau said that the venue will be built in Midan City on Yeongjong Island and will cost roughly $700 million to complete. The resort will be built close to Seoul’s Incheon International Airport.

Caesars, which was once known as Harrah’s made a poor business decision in 2002 when it decided not to bid on of six Macau gaming licences. Again, in 2006, the company once again turned down a deal to purchase a Wynn Resort sub-licence. This hit the company hard during the 2008 recession, where Macau became the hub of gambling in the world and kept many other operators in the green.