Buckle up for The Year of the Dog 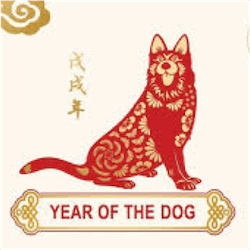 It Is The Year Of The Dog

Genesis is a relatively small scale developer who has been specialising in more eastern flavoured pokie themes. They have carved themselves quite a tough niche as at the moment there are many developers trying to jump on the bandwagon and create pokies with a distinctly Asian look and feel.

Genesis started off 2018 with three great titles, namely Fa Fa Fa, Fire and Ice Island and Da Hong Bao. Of these three pokie, Da Hong Bao had the most traditionally Chinese theme. With a bunch of great features, 50 paylines along with the God of Wealth joining you on the reels, how could this pokie lose?

Genesis’ latest release takes things with a bit less seriousness. Year of the Dog is naturally based on the Chinese tradition of years being dedicated to a variety of deities. Year of the Dog features a Chinese chow as the game’s mascot. He is fully dressed for the part of patron of the new year.

It must be the luck that he brings that influences the reels as players can look forward to an impressive 97% RTP. This figure is helped a lot by the massive 1024 ways to win system employed on the 5×4 reels. There are many chances for players to land some big wins in Year of the Dog.

On the reels players will find colourful playing card symbols, peaches, red festive lanterns, gold coins, a golden bowl and more items you would associate with festivities. The reels are framed by flower petals and beautifully carved wooden frames.

The dog is the scatter symbol here. He gives you access to free spins if you can land 3 or more of him on the reels. He can also pay out an impressive 800 jackpot. The red Chinese letter is the Wild icon. It has no additional features attached to it other than serving as a substitute symbol.

The free spin bonus game in Year of the Dog allows you to pick one of 4 options. The first option awards 15 free spins and adds a 2x or 3x multiplier to any wild wins. The second option is 12 spins with a 2x or 4x win multiplier.

Finally there is the option to take 10 free spins with a 2x to 5x multiplier. The fourth option is known as the Mystery option which will award one of the three options at random.