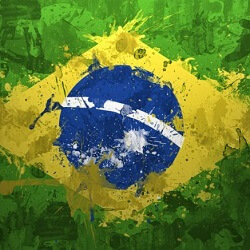 In a vote of 13 to 2 on 7 March, Brazil’s Comisión de Constitución, Justicia y Ciudadanía (Commission of Constitution, Justice and Citizenship – CCJ) rejected a four-year-old bill to legalise widespread gambling in Brazil. But this may not be the end of the line for the bill, which aims to legalise online gambling, sports betting, bingo halls, land-based casinos, video gaming, and local favourite jogo do bicho, in Brazil.

Senator Ciro Noguiera first tabled the bill in 2014, with Senator Benedito de Lira making subsequent amendments to include a wider range of gambling activities, in addition to online and sports betting.

Despite the fact that PLS 186/2014 was scheduled to be discussed by the CCJ several times in 2017, this never happened.

At the hearing, Senators Noguiera and de Lira promoted the bill as a means to combat increasing black market gambling operations in the country. The senators further argued that the legalising a wide array of gambling activities would yield a considerable revenue injection into the Brazilian economy. Noguiera and de Lira also suggested that it would result in a flourishing new industry with ample job-creation potential.

Opponents of the PLS 186/2014 expressed a far bleaker outlook on its potential ramifications at the hearing. They argued that the legalisation of widespread gambling activity would do the opposite of what Noguiera and de Lira were suggesting it would. According to these naysayers, if PLS 186/2014 were passed into law, problem gambling would be exacerbated and crime rates would rise.