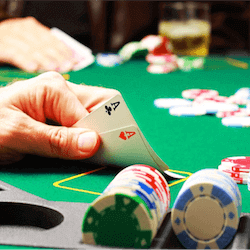 Regulatory Problems In Brazil And Nigeria

The Remote Gambling Association released a report that was compiled by the auditing firm KPMG on the state of gambling in Brazil. The report was released now just as the government debate over legalized gambling regulation heats up.

Currently illegal gambling is rampant within the country but the government seems to be dragging its heels wilfully. The state is currently still battling to find regulation that all parties agree upon. In the meantime billions are lost each year to illegal operations that are flourishing.

KPMG’s report stated that the Brazilian government would see more than $2 billion generated each year from legal gambling. The report also highlights that a sensible and effective system of licensing needs to be implemented in the country.

A Precedent Has Been Set

That said with the immense illegal gambling scene currently active in the country, there could be some serious trouble if regulations are suddenly implemented and taxes need to be paid. Actually agreeing on the necessary regulation is the first battle. The implementation of those regulations is a whole other story.

Nigeria’s government has threatened to withdraw the gaming licenses of 18 operators due to non-payment of their taxes and licensing fees. Nigeria currently has 21 licensed gaming operators. Suleiman Kangiwa from the House of Representatives announces that the government will take these drastic steps due to non-compliance by the operators.

Kangiwa also went further and said that arrest warrants would be issued if the current issues were not resolved. He requested all licensed operators to provide evidence of taxes paid and remittances paid to the Lottery office between 2010 and 2017 along with the operator’s business locations.

The Director General of the National Lottery Regulatory Commission, Lanre Gbajabiamila spoke to operators last week in order to get to grips with their issues and challenges. One of the biggest problems was rampant corruption amongst officials as operators complained of multiple taxes being charged to them before they even start paying state fees.

This is a very similar problem to that being faced in Brazil. Since illegal gambling has been running for so long a precedent has been set in each country that would be near impossible to break. Both countries could be making a lot of tax revenue if only their regulatory space was up to scratch. There are many challenges ahead for both countries but if the will and dedication is there from all parties to enact true reform, then there is still some hope.