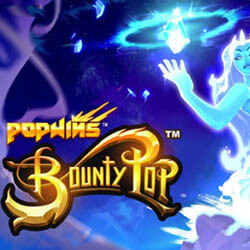 Online pokie enthusiasts this November get to look forward to a thrilling new release coming from Yggdrasil Gaming and YGS Masters-partner AvatarUX.

BountyPop, to be released as part of the development giant’s super popular PopWins series of games, features a phenomenal top payout of 55,000x the player’s original wager. Themed along the lines of a pirate deep-ocean adventure, BountyPop is bound to resonate with players looking for just that tiny bit of extra action on the reels.

Played on 5×3 reels and 486 paylines making up the starting setup, BountyPop can potentially be expanded all the way up to a fantastic 59,049 ways-to-win type of deal. What’s more, there are enough special bonus features included in the mix to keep even the most seasoned of players glued to the edge of their seats. The win potential created by a combination of a top jackpot, Multipliers up to 100x the bet, a Mystery Wheel bonus game, Free Games feature, and Expanding Reels is simply out of this world.

Being that Yggdrasil’s latest big pokie release is part of the PopWins series of pokies, the game will naturally feature winning symbols popping and expanding in such a way that additional symbols are regularly added to the game’s reels.

Landing 3, 4, or 5 Scatters in a single spin of the reels will instantly trigger anywhere between 6 and 12 free spins. Once free games have been triggered, it’s all-systems go for the expansion of the game area.