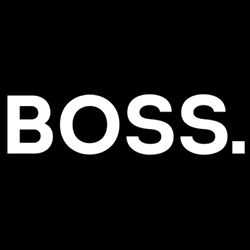 BOSS. Gaming Solutions has recently announced that Jeff Letlat will be taking over the role of Chief Executive Officer of the company, and it’s reported that Letlat is already moving forward with the new position. He will be managing all of the company’s operations and will be ultimately responsible for all of the major corporate decisions made.

Upon starting with the company, Letlat was adamant on pursuing his Customer First strategy, which he has emphasized as being extremely important. It has become his primary directive since joining BOSS. Gaming and expects that it should be the aim of the entire company: ensuring that customers receive first-class products and services.

Talking about his new role, Letlat said that BOSS. Gaming is a well-known entity within the world of iGaming, and that it has large potential to take itself to the next level in terms of what the team can do along with their potential to increase revenue. He added that he believes that all the team leaders and managers need to provide coaching to help their teams grow as professionals as part of his plan to prioritise the Customer First strategy.

Part of his plan is also taking a closer look at Responsible Gaming initiatives, hoping to reduce the adverse consequences that many experience from gaming too often.

Letlat has been part of the industry since as early as 2007, and has since been part of numerous gaming operators, such as Betsson as well as Betway.