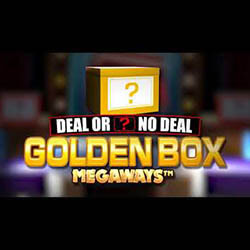 This December sees globally acclaimed developer and iGaming giant Blueprint Gaming launch its next big Megaways online pokie. Exciting also is that Deal or No Deal: Golden Box Megaways is yet another awesome product of Blueprint’s intellectual property rights to create iGaming content based on the popular television gameshow with which the upcoming new title shares its name.

Being a Megaways title – a concept developed and owned by Big Time Gaming – Deal or No Deal: Golden Box Megaways features an impressive 117,649 ways to win spread out across 6 reels. This combined setup makes it possible for punters to walk away with up to 10,000x their bet in jackpot winnings.

Much the same as what happens when players compete in the television game show, each bonus game is presented in the form of a Bank Deposit Box concealing various cash prizes.