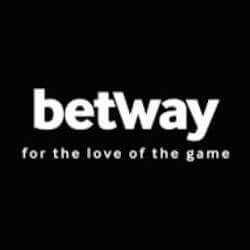 Gaming company Betway has revealed that they raised a record amount for their office charity, the English Federation of Disability sport. Last year they donated £25 000 but this year, thanks to a big office drive, the company managed to collect a whopping £70 000.

These funds have been earmarked to go to the EFDS’s Inclusive Fitness program which is aiming to making public sporting facilities more accessible for disabled persons. It should be noted that this is still over and above the standard charitable donations the operator is obliged to contribute to in the UK according to gaming regulation.

Betway’s CEO Anthony Werkman reiterated how pleased the company and its staff are for the massive donation they have pulled together for the English Federation of Disability Sport. He noted that Betway is always looking for new charitable causes and the company’s staff will be voting again in 2018 to determine who will receive next year’s donations.

Betway has previously also donated an impressive £16 000 to the Jessie May Children’s Hospice at Home project. This was in relation to Betway’s sponsorship of the UK Snooker Championships. Betway said that they will be donating £10 for every point that the players score above 100, additionally they will add another £10 for each century broken.

Despite the continued charitable donations by UK operators and the redoubled efforts by the UKGC and the ASA, child gambling figures in the UK still seem worryingly high. In the most recent survey UK children aged between 11 and 16, 12% claimed that they had gambled with their own money in the last week.

Despite this figure being 4% lower than last year, it is still worryingly high. The survey was done on nearly 3000 kids but to be fair, the survey was completed in May so the hard work this year by the UKGC can still pay off.

Fruit machines and lotto cards were the main forms of gambling that the teens engaged in. That said only 0.9% of these children surveyed could be classified as problem gamblers with a further 1.3% considered at risk.

Gambling advertising came under extreme attack when this report was originally leaked to the Sunday Times and as a result this year has seen the ASA crack down even harder on irresponsible advertising by operators. Many operators have been fined or asked to remove advertising that was deemed inappropriate.