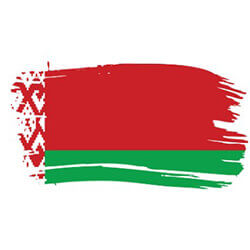 Belarus will be regulating online gambling within the country from the start of April next year, according to a recent announcement from the country’s tax ministry.

The Deputy Tax and Duties Minister, Vladimir Mukvich, made the announcement that there would be a two-year transitional period which would extend to April 1, 2019, which would be the period where online operators would be able to apply for a licence to begin offering services in the Eastern European country.

Mukvich added that despite the opening of the market to operators, he did not expect that there would be a significant number of applications, as him and his department do “not see any preconditions for such a trend.” Mukvich went on to explain that the legislation, which has been named Decree No 205, would set in place a number of strict conditions that operators would be required to follow in order to begin offering services.

The conditions have been put in place as a means to disallow problem gambling from springing up around the country, which consists of a population of 10 million people.

The original bill was put forth in July by Minister of Taxes and Levies, Sergei Nalivaiko, and was given the green light this month by president Alexander Lukashenko. Under the new decree, the minimum age to take part in online gambling will be 21, and identity checks will be a necessity.

Operators will also be required to deposit funds into a governmental account to cover any winnings and losses should the operator fail within the country.