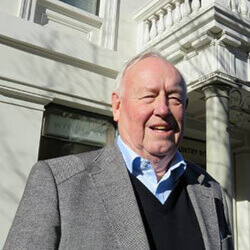 Barry Thomas, one of New Zealand’s most recognised businessmen, is being awarded the title of Companion of New Zealand Order of Merit during the 2018 Queen’s Birthday Honours. This is due to his services to the tourism industry in New Zealand, which has seen massive success over the last few decades.

Thomas first arrived in the county in 1969, arriving when company Skyline was barely a recognised name. Being a chartered accountant at the time, Thomas worked as a financial controller before the opportunity to work at Skyline opened up. Some years later, Thomas was appointed to the board, and became chairman not long after. He has said that one of the secrets to his success is giving visitors views of New Zealand’s scenery.

Skyline itself is one of the biggest names in New Zealand tourism, having opened multiple casinos and hotels around the country. To date, Skyline has raked in $780 million thanks to tourists visiting one of their venues, and currently employs over 1000 people from both islands. Thomas oversaw the first of Skyline’s casinos, the Christchurch Casino, in 1994, which went on to become New Zealand’s most popular.

Some years later, Skyline gained licences to build more casinos, this time in the city of Queenstown, and a number of venues were constructed, all being remarkably successful in the otherwise quiet town. Thomas was also part of the New Zealand Rugby Union board, a member of Christchurch International Airport’s board, and was the founding chairman of the Queenstown Airport Corporation.