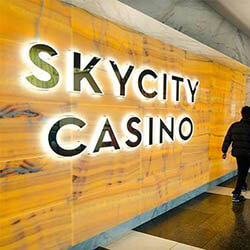 New Zealand seemed to have weathered the pandemic crisis storm better than most, quickly overcoming the spread with shrewd and decisive action. But now, with new cases recorded for the first time in 102 days, Auckland has once again been forced to take action. A lockout for the city was ordered, and SkyCity casino was forced to close its doors as a precautionary measure.

But questions were quickly raised as to how long the lockout would last for, given the enormous levels of inconvenience caused. Despite any complaints about inconvenience, the warning period was extended, and is now being extended for the second time, adding another 4 days to the already longer than expected emergency period.

Jacinda Ardern, New Zealand Prime Minister, addressed the country to elaborate on what had been a largely unpopular decission.

Ardern explained that the local government was well aware that citizens had been anticipating the lifting of the city focused restrictions, and stressed he understood that an additional extension was not what anyone had been asking for. But, he explained, such measures were not taken lightly, and an additional 4 days of restrictions were not just a good idea, they were essential.

Ardern concluded that the extra days were to create a true sense of confidence that the spread had once again been overcome, and likewise to ensure that citizens were comfortable with going out in public in the city streets.

Whatever the reasons, Auckland will be staying at alert level 3 until at least August 30th, with level 2 set to kick in from 12:01am.