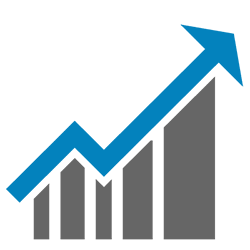 Aristocrat’s digital expansion has been growing rapidly as detailed n a new report released by the developer that shows close to AUS$ 1 billion in revenue increases, along with a strong growth within North America and Canada that has helped the supplier see a 47.7% rise in their turnover for the 2018 financial year.

Aristocrat has said that the their digital division’s results were enhanced by the acquisition of two popular social gaming operators, Plarium and Big Fish Games in October 2017 and January 2018 respectively. This is tandem with their revenue from Cashman Casino and Heart of Vegas, which have been supplemented by the launches of FaFaFa Gold and Lighting Link the last 12-month period leading up to the end of September. The company’s total daily active user has increase almost five times to 8.1 million.

The American segment of the company, which consists of the United States, Mexico, Argentina, and Canada, now represents 44.7% of their total sales in comparison to the 12.% of sales that they receive from their original homes of Australia and New Zealand. The operator has also stated that they expect to increase design and development investment during the 2019 fiscal year in order to cover their global expansion.