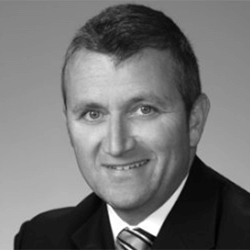 Andrew Gaughan has reportedly leaving Sportech just eight months after taking on the role of chief executive at the operator.

In a statement released to reporters, the company said that Gaughan had informed board members that he was leaving the firm to pursue other interests. He is set to depart officially on the 28th of February 2018. This comes a week after Sportech issued a profit warning after facilitating to meet expected global sales.

Richard McGuire, who is currently a non-executive chairman, will take over the CEO position as interim executive chairman with immediate effect. McGuire, who has worked for Sportech since 2016, will be relocating to the company’s US base in Connecticut, where they will be pursuing deals in the newly-opened US sports betting market. McGuire has stated that the Board has thanked Gaughan for his contributions to the group, and for leading Sportech as CEO over the past year.

As part of his statement, Gaughan has said that he enjoyed his time at Sportech over the last eight years, but that he has left the group in a position of strength and established core global betting technology business. He added that the operator is well placed to start taking advantage of the many opportunities that the US sports betting market now presents.

Sportech has begun the executive search for the identification and appointment of a new Chief Executive, with the operator detailing that it’s also seeking an independent non-executive director, most likely to take up the position left by McGuire.