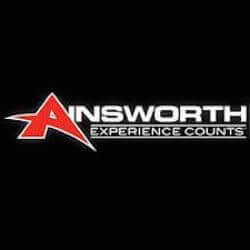 Ainsworth Technologies have had a sobering financial report for the first half of 2018. The developer reported profits down by almost 53%. This was as a result o delayed taxation issues which came to a head last year.

The company saw growth in their foreign markets, but not enough to absorb the bow of their heave domestic profit decline.  Foreign revenue grew by 2% while revenues in Australia dropped by a whopping 10%.

Ainsworth CEO Danny Gladstone had a lot of explaining to do to investors and shareholders, but he remained focussed and optimistic, citing the taxation issues as a major hurdle for the first half of 2018’s financial reports.

He went on to say that the company still has momentum on its side despite this bad report. He also noted that Ainsworth has been making gains in the Americas, There already is very heavy competition in these markets so how much Ainsworth will be able to capitalise here, regardless of their pedigree, and remains to be seen.

Meanwhile in the UK, William Hill has faced the wrath of the Advertising Standards Authority once again. This marks the 2nd infraction by the company in two weeks. The ASA deemed and advertisement ran by the betting firm in September last year used misleading language.

In the advertisement a voiceover announces a promotion for ITV televised races. It states that bettors get a 15% free bonus bet if their horses win by two lengths or more it also states that last year 30% of all flat races were won by 2 lengths or more.

While this voiceover is running there is small print at the bottom of the screen stating that it is only valid in selected races and that these races must have 6 runners or more. This is where the ASA stepped in. They said that the small print isn’t too small while the voiceover uses misleading language.

The ASA upheld the compliant received form the public, stating that the voiceover contradicts the fine print at the bottom of the screen as the voiceover clearly states that the wager is valid for any ITV race and any televised race.