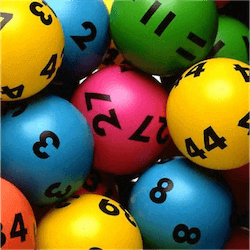 The UK Gambling Commission and the ASA have struck again this week and issued warnings to operators who are not toeing the line. Some in the industry have felt that the environment is getting claustrophobic but the general consensus is a positive one.

Both the public and many industry leaders have praised the measures taken by both the ASA and UKGC in creating a more fair and safe gaming industry in the UK and by all accounts they have done a good job so far.

Healthy Lottery has been in the ASA’s sights this week after making misleading claims on their website and Facebook with regards to the prizes their draws offer. On first inspection their advertisement seems not only reasonable but also pretty standard in the advertising industry.

The ASA however do not wish to leave any grey areas in what’s allowed and disallowed in advertisements and they have asked Health Lottery to remove the posts from their Facebook site.

The post claims that players can win up to £500 000 every week in their weekly draws. The site draws 5 lottos with a grand prize of up to £100 000 each. The ASA felt this statement in the advertisement was misleading, as there is no guarantee that the prizes would be that high. According to section 99 of the 2005 Gambling Act, social lotteries are limited to offering prizes relative to the ticket sales for a particular lottery.

While Health Lotto said that they specifically used the wording “up to” in the article, the ASA still felt the ad was misleading. They added that since this new weekly 5 draw system was started in February 2015, no player has won £100 000.

The UKGC have teamed up with the Competitions and Markets Authority over the fine print offered by online casinos. The two bodies have concluded that the terms and conditions offered by many operators are not good enough.

They say most operators’ T’s and C’s pages were very dense and full of legal jargon. They feel that operators need to simplify these rules and regulations so that members can have a better understanding of what they are getting themselves into.

Currently they are conducting investigations and building their case after the bodies received complaints over misleading or predatory terms at operators. There should be a ruling made in the next few weeks. This reaffirms the UK’s dedication to creating an ideal legal gambling market. While many in the industry disapprove of such strict regulation, the customers welcome it.