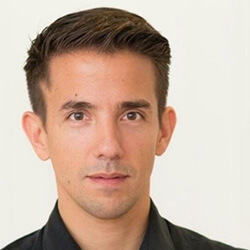 London-based 888 Holdings has recently announced the promotion of Andrew Anthony to take on the role of leading player protection efforts where he will be working as the new responsible gaming director.

Anthony is set to oversee improvements of 888 Holdings’ operations, processes, and systems as new division head, and will report to senior vice president and head of customer risk management Yanis Schwartz.

The responsible gaming team will be making use of a proprietary player behaviour monitoring tool known as Observer, which will flag concerning or unusual activity directly to the team. They will then have to decided the most appropriate way to interacting with that specific, flagged customer. Along with managing the Observer system and the team, Anthony will be also be collaborating with a number of industry stakeholder groups, as well as regulatory bodies in attempt to further develop safe gambling initiatives as well as improving the standards of the industry.

Previously, Anthony had spent 15 years with 888 Holdings, where he held various roles within the finance team, such as leading finance compliant and applications unit. Talking about the promotion, Schwartz stated that during his career with the company, Anthony had gained a number of insights into their player base, and that he will be bringing a wealth of quantitative experience and methodology to the company in his new role as head of their responsible gaming team. Anthony said that he was thrilled to take on the role in coming weeks.