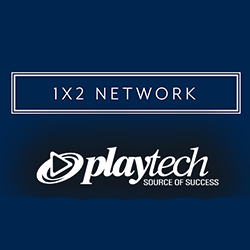 1X2 Network has inked what it says is a major distribution deal with Playtech. The new agreement will see an array of content becoming available to operators using the software company’s Open Platform globally. It means that titles from its 1X2 Gaming and Iron Dog Studio subsidiaries like Blood Queen, Faerie Nights Sinister Circus and Rainbow Wilds will now be available alongside the 600 titles from Playtech’s other third-party associates and its own in-house studio.

Kevin Reid, the Chief Commercial Officer at 1X2 Network, described the software company as one of the industry’s titans and said that his organisation is delighted that this integration of content is going forward. He spoke of how the partnership will allow their brands’ great games to reach more players in more markets while also establishing his firm’s position as a leading developer in jurisdictions as important Italy, Malta, and the United Kingdom. He said that he also sees it as evidence of both the popularity and the quality of the content his company is producing.

1X2 Network has stated that thanks to this new deal with Playtech’s Open Platform, his firm will be able to advance in markets where it’s already started establishing its presence, like Italy. Moreover, it will also provide new opportunities in additional regulated markets globally, like those of Sweden and Spain.

James Frendo, Playtech’s Casino Director, weighed in on the partnership as well, describing his firm’s approach to choosing games suitable for its Open Platform as one that ensures that the same high-quality player experience their own games deliver is always available.