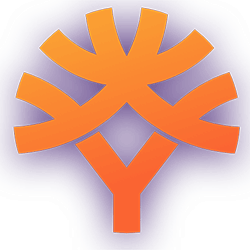 Studio giant Yggdrasil are teasing an all-new online pokie coming at an undisclosed date in the near future. At the centre of the excitement and speculation is a stunning new game called Winfall in Paradise.

But the latest title about to hit our screens is so much more than clever wordplay, because it features an impressive selection of special bonus opportunities. Included will be Scatters, a Free Spins feature, Symbol Upgrades, a Feature Wheel, and guaranteed wins.

A special Blue Palm Tree symbol has been included as the symbol-upgrader. Landing this special Tree will see all lower-value symbols upgraded to high paying ones.

Also included is a Golden Wave bonus symbol. Once landed, it will explode and place between 2 and an incredible 20 Scatters dispersed over the game area. These also happen to be the key to unlocking the Free Spins bonus feature. And what’s more, those players lucky enough to land the Purple Volcano Scatter will not only get to benefit from the free games but will also bank a guaranteed sum of cash.