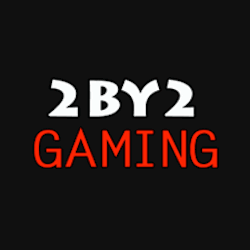 Bow Down To The Sand Princess

Chicago based developer 2 by 2 gaming has risen up as one of the most original voices in pokies. Their innovative design has made their games stand out in the crowd. It should be no surprise that the company currently has 35 patents pending on unique game element and features with a further 65 already granted.

Notable pokies that 2 by 2 has released include Snow Queen, Wolf Heart, Fire ‘n Fortune and Hansel and Gretel. What most pokie fans will notice about 2 by 2 is while their themes seem instantly recognisable, the company’s designers have gone out of their way to present these familiar themes in a fresh and exciting way.

It also helps that the company has developed a rather unique graphical style that can toe the line between realistic and animated. There are some cases where they fall flat on their face in achieving a unique look as with Humpty Dumpty Wild where the main character will almost certainly give players nightmares.

Now 2 by 2 have returned with a fresh new title called The Sand Princess. This game takes place in a desert landscape with an exotic queen that rules over the land. While you may immediately think this game has an Egyptian theme, you will be glad to know there is not a pyramid in sight and the pokie in fact has a more Persian theme.

Take Things With A Grain Of Sand

Despite its 30 payline layout and a 5×3 reel set, Sand Princess still boasts a high 96.05% RTP. An 80 000 coin jackpot is on offer to win here. Even with such a big jackpot amount, players can still look forward to low wager limits. Spins start at 0.30 at the lowest wager level but this can be raised to a sizable 30 per spin. Your wins on each spin may not be astronomical but with the RTP percentage it will be potentially consistent at least.

The Sand Princess serves as a regal stacked wild in game. She shows up on the 3rd reel during the standard game as well as during the free spins mode. The bonus features include a multiplier feature, Random Wild Reels, the Royal Reward pick me game and of course a free games round. The Sand Princess is an exceptional pokie that does familiar things but manages to feel, look and sound so unique. This title is a breath of fresh air for pokie fans.