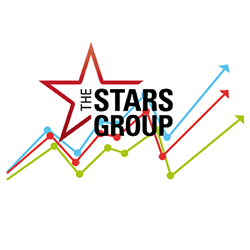 The Stars Group has stated that the acquisition of Sky Betting & Gaming has had a significant impact on their revenue for the last year, with an increase of 74% year-on-year during a period that CEO Rafi Ashkenazi has called a “landmark” quarter for the group.

Total revenue was $572 million for the third quarter, while gross profit has increased from $267 million to $442.8 million, a growth of 66%. Adjusted EBITDA for the last three months leading up to the end of September came to an amount of $198.3 million, which is an increase of 27% from the same period of last years, despite net earnings dropping by 87%.

Ashkenazi stated that it was an important quarter during a transformative year, and that they are now on the path to becoming one of the world’s favourite iGaming providers.

Ashkenazi has picked out a number of markets around the globe where the group hopes they will be able to expand to by the end of 2019. One of these Pennsylvania, where the Stars Group has applied for a gaming licence ahead of an expected launch that is set to take place next year. They are also hoping to find success in New Jersey, as well as the Swedish market, which has recently had its gaming regulations changed.

As a final note, Ashkenazi stated that they are operating within markets that show high potential of growth, and that they are confident that they can replicate their successes in new markets.