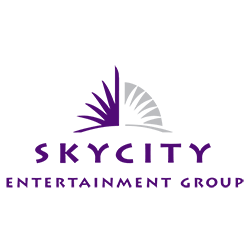 New Zealand’s local casino operator, SkyCity Entertainment Group, has apparently been ordered to give an ex-employee his job at SkyCity Auckland back -as well as compensate him NZ$25 000. This is after it lost a wrongful dismissal case brought against them by the former worker.

Asia Gaming Brief reports that New Zealand’s Employment Court found in favour of Keith Hayashi, the former shift manager for SkyCity Auckland after he was fired for making a mistake with the betting limits of a high-roller.

Asia Gaming Brief reported that the VIP player, who was only identified as Mrs A in court documents, has lost between NZ$9.5 million and NZ$12 million inside the SkyCity Auckland casino, and Hayashi had been let go after the operator alleged that he was guilty of incorrectly compensating the player. Hayashi had given her a refund to the tune of NZ$300 000, to which it turned out that she was not entitled.

The court, however, ruled that the SkyCity Entertainment Group fired Hayashi on the basis of flawed information regarding the incident, and found that the dismissal process had been incorrectly undergone. The New Zealand Employment Court also apparently concluded that the firing was unnecessary, and then went on to call it unfair, unreasonable, and unjust. Not only were they ordered to rehire Hayashi, and pay him damages for the hurt and humiliation they had caused, the Court further ruled that he was entitled to receive the wagers he had lost as a result of the dismissal.