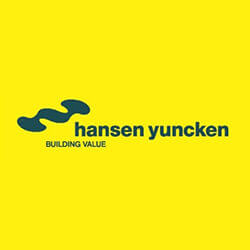 SkyCity Entertainment Group has announced its signing of a new contract that will see the group partnered with Hansen Yuncken Pty Limited as part of a new AUD$330 million project to expand its SkyCity Adelaide property.

The SkyCity Entertainment Group is the owner of the four main casinos in its native home of New Zealand, but which also includes SkyCity Darwin and SkyCity Adelaide in Australia. The company recently revealed their intention to expand the venues at SkyCity Adelaide, and have stated that the expected completion date is set to be in 2020.

General Manager of SkyCity Adelaide, has stated that the expansion of the venue will ‘create a significant draw-card’ for the region with a population of just over 1.7 million. He believes that it will help to increase development in the area, especially in the economic and tourism areas.

Walker told reporters, “The South Australian tourism industry has so much to offer interstate and international visitors and the introduction of this new facility complete with luxury hotel accommodation, outstanding food and beverage offerings and world-class entertainment spaces will help to attract high-end visitors to the exciting Riverbank Precinct and to the state.”

The SkyCity Entertainment Group has released some details about the project, and stated that alongside the new venue, the Adelaide Festival Plaza will see some redevelopment. The group revealed that they have set aside funds to ensure the addition of new facilities in the area, as well as a remodel of much of what’s there at the moment.