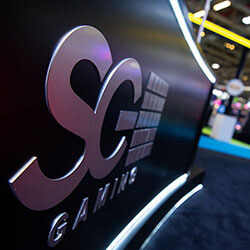 Despite strong growth in revenue, Scientific Games did not manage to offset the impact of growing costs in 2018, and the gaming solutions service provider’s loss for he year grew to $352.4 million. Revenue for the entirety of the 12th months that ended on the 31st of December was up 9.1% year on year, with only a marginal decline in gaming revenue, which was down 0.7% to $1.8 billion, offset by growth in the digital and social divisions.

Social revenue saw an increase of 14.9% to $415.9 million, while digital revenue more than trebled to $269.6 million, which was boosted by the acquisition of NYX Gaming Group, which they completed in January last year. Lottery also posted growth, with revenue up 4.3% from 2017 to $846.3 million.

Growth in revenue was almost completely matched by large growth in operating costs. The cost of services rose 21.2% to $505.6 million, and costs related to restructuring came to $253.4 million, which is up $45.9 million as compared t the year before. These same restructuring costs also included $151.5 million, which they paid to Shuffle Tech in order to settle a long-term antitrust lawsuit in December of 2018. Another $27.5 million in earn-out payments was sent to Spicerack Media, which they acquired in 2017, although they performed better than expected over the year.